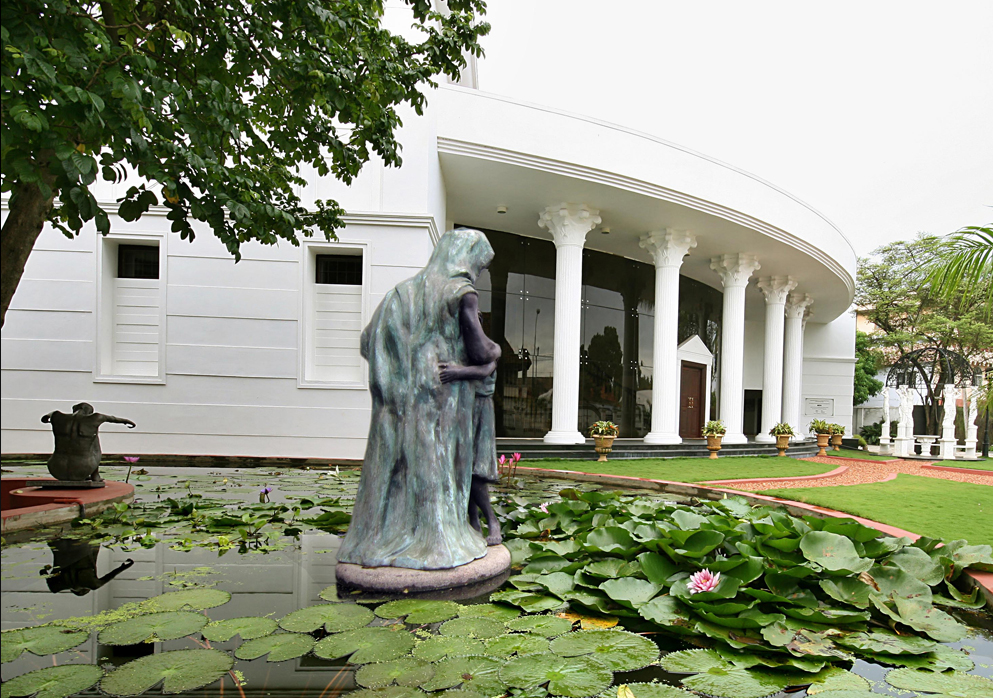 Alappuzha also known as Alleppey, is a town in Kerala state of southern India. A town with picturesque landscape, it was once a major port and trading center of Kerala. It was known as the Venice of the East. Even though Alappuzha has lost its commercial prominence, it still retains its beauty and attracts thousands of tourists from within the country and all around the world. The canals, beaches, backwaters, boat races, and houseboats of Alappuzha are stunningly beautiful and captivate the visitors. A recent addition to this list of attractions is the Revi Karuna Karan memorial museum.

The family was avid collectors of fine art and artifacts for over three generations. The collection was maintained in private domain. After Revi’s demise, Betty decided to open the collection to the public. Betty and Lullu have dedicated the museum in the memory of a most beloved husband and loving father. The museum was inaugurated on the 22nd November 2006 by the former Meghalaya governor, Sri. M.M. Jacob.

The RKK museum is an architectural marvel. The museum, which has an area of 28,000 SQFT, took about three years to complete. One unique feature of the museum is that you will see that the four major religions in India—Hinduism, Christianity, Islam, and Buddhism—have equal prominence on the mural, ivory collection, Kerala room and the items displayed in the old wing.

The 3rd phase of the museum was inaugurated on 22nd November 2015 by Her Excellency Chandrika Bandaranaike Kumaratunga. You can view the video of the inauguration at https://youtu.be/1tHR9PRSRd4