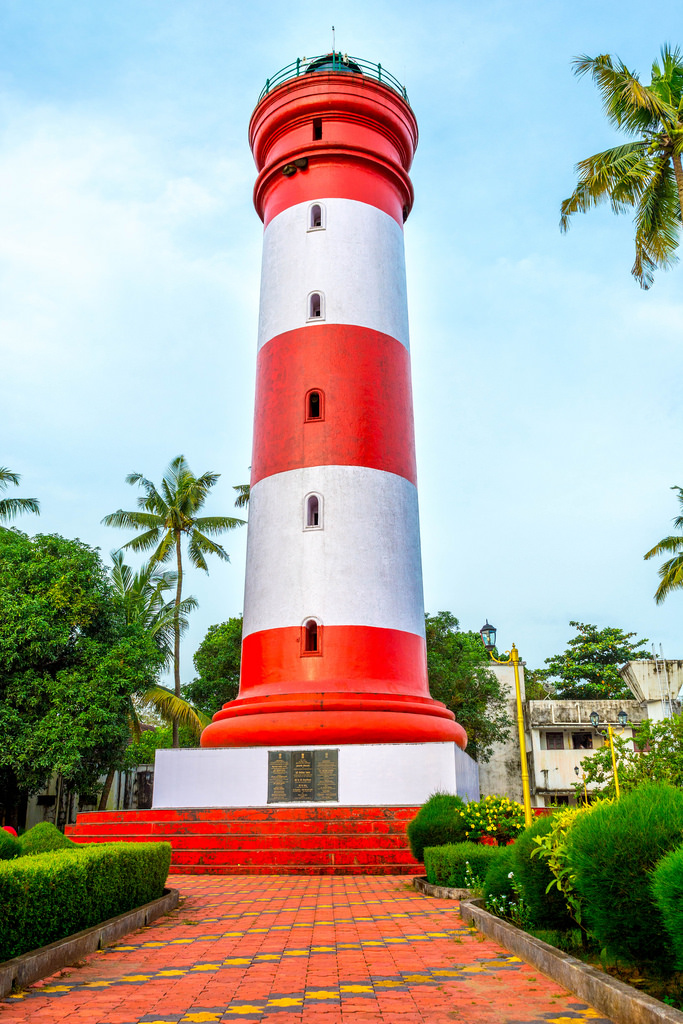 The Alappuzha lighthouse, one of the oldest lighthouses on the southwest coast of the country, is 150 years old.

Easily one of the most recognized and known landmarks of the coastal tourist town of Alappuzha for the last several decades.

The lighthouse, for which the first stone was laid by Ms. Hugh Crawford, wife of the then Port Officer Hugh Crawford, on April 26, 1860, during the reign of Travancore ruler Marthanda Varma, was completed during the reign of his successor Rama Varma. The lamps of the lighthouse were first lighted by Ms. Francis Newcombe Maltby, the wife of the Resident Francis Newcombe Maltby on March 28, 1862.

Constructed using locally available laterite stones and teak, the lighthouse first had a fixed coconut wick lamp with metal reflector, before Mr. Crawford procured from Chance Brothers, Birmingham, a flashing light with nine Cata-dioptric lenses and nine coconut oil wick lamps with polished reflectors, capable of sending three powerful light beams to a distance of 17 nautical miles. This was used for over 90 years and then an acetylene gas flasher light was used for a short period from 1952. A modern electric light, with a 1000W incandescent lamp and fourth order Cata-dioptric lenses, was installed in 1960.

Further modernizations were done in the late 1990s when electrical discharge lamps replaced the incandescent lamps and electronic pulse motors replaced the clockwork mechanism for rotation of the optics in constant speed.

The lighthouse, which was painted plain white, got red and white bands in 2000 and in 2007, the structure was thrown open to the public from 3 p.m. to 5 p.m., a practice that is still followed with tariffs of Rs.10 for adults, Rs.3 for children and Rs.25 for foreign nationals.