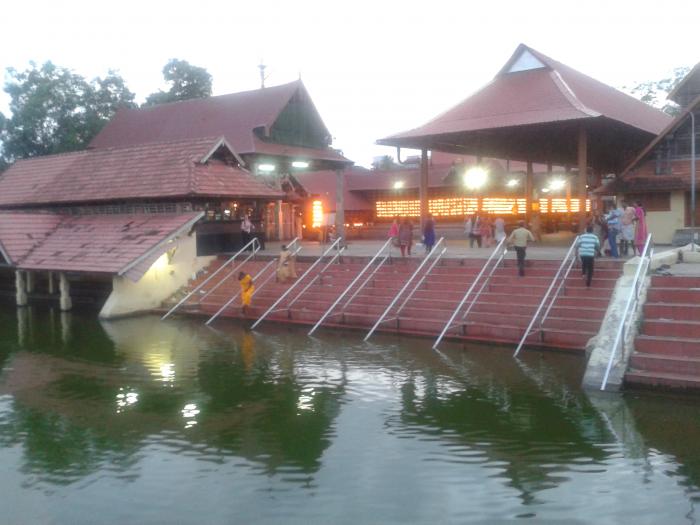 The idol at Ambalapuzha is likened to Parthasarthi with a whip in the right hand and a Shankhu (sacred conch) in the left. This temple is directly associated with the Guruvayoor Sree Krishna Temple. During the raids of Tipu Sultan in 1789, the idol of Sri Krishna from the Guruvayoor Temple was brought to the Ambalappuzha Temple for safe keeping. It kept safely for 12 years.

The payasam served in the Ambalappuzha Temple is famous for Hindu devotees. This sweet pudding made of rice and milk has an interesting mythological legend behind it.It is believed that Guruvayoorappan reaches here daily at the time of Palpayasa Nedyam to have it.

The Amabalapuzha Temple Festival was established during the fifteenth century A.D. At this time, a part of the Travancore was ruled by the Chembakassery Devanarayana Dynasty. The rulers of this dynasty were highly religious and decided that an idol of Lord Krishna was to be brought to the Amabalapuzha Sree Krishna Swamy Temple from the Karinkulam temple. The celebration in commemoration of the bringing of this idol of Lord Krishna is the origin of the Amabalapuzha Temple Festival, also referred to as the Chambakulam Moolam water festival. This festival is conducted every year on the Moolam day of the Mithunam month of the Malayalam era.

The Aaraattu festival commences with the flag hoisting ceremony on the Atham star in Meenam (March–April). The important Aaraattu festival takes place on the Thiruvonam day of the same month.In this temple, ‘Pallipana’ is performed by ‘Velans’ (sorcerers) once in twelve years. Human sacrifice was conducted in ancient times. However, cocks have now replaced humans on the sacrificial altar. Kalakkaththu Kunchan Nambiar(1705-1770) also spent his youth at Ambalappuzha.